mints blog
You are here: Home1 / mints2 / Community Platforms – from Facebook to Snapcash

Content has defined the web for the entirety of 2014. A presentation I designed in 2013 depicts how the organic growth of anything is tied to word of mouth and favored over any paid ad. What these contextual reads have allowed active internet users to do is simply click and stay connected. The simplicity of this act is unbearable to those who think and live in complex terms, so they have been calculated and algorithmically commodified to translate to a type of currency in an age where gold prices are as solid as air and oil has plummeted. We’ve all seen The Social Network, we know how this goes. Yet, as a constant user of these social networks, how have we identified with them each? As a whole? How have these platforms of communities defined you? These are serious questions to ask oneself if you truly wish to make the most of this currency which you now have a stake.

Recently, Snapchat has announced that they are adding former Credit Suisse banker Imran Khan to their list of impressive team members. Khan, along with executives from Google and Facebook, will be reporting to 24-year-old CEO, Evan Spiegel. Snapchat is “second only to the Facebook’s messenger.” Khan will be helping Spiegel oversee a $10 billion valuation and realize a successful IPO (initial public offering) in the same way he guided Alibaba to record-breaking gains.

When intelligence has become highly accessible and treasured, we’ve approached an era where limitations have shifted and what was once thought to be impossible is now just a Wi-Fi connection away. 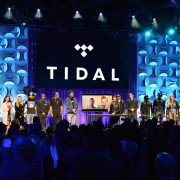 Is ALS ice bucket challenge good for your creative branding?