You are here: Home1 / social

Summer is just around the, and our very own Chicago, “The Windy City” has much to offer. There are tons of things you can see, do and experience here, in Chicagoland, to make your visit one of the most memorable ones.

In an attempt to ensure you get it all covered, we’ve put together a list of websites and articles that’ll definitely be your personal guide to help you get around.

Here at Fresh Design Studio we like to focus on what is fresh and make sure that you know it to. That’s why we went out and tried all the mints we could find at our local convince store and ranked our favorites. We ranked these on 5 different scales;

How Far It Bounces (Because it is the X Factor)

The Most Important: The Overall Experience

Everyone Loves Tic Tacs Right?!  Well maybe not so much

While these are where one of the more recognizable brands that we tried out they were the offices least favorite. The flavor and texture really helped put this one at the bottom. 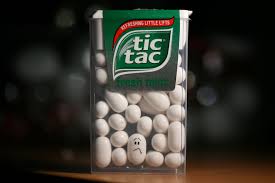 The Curiously Strong Mints. (Too Strong)

While everyone loves the can that Altoids come in, not everyone loved the punch in the face that Altoids deliver. While that kick in the face boosted it into a tie for second in Freshness the Flavor really held it back. It is also worth noting that it came in 3rd in the bounce test. I know right?

How to Settle a Tie? The X Factor

While these two are completely different types of mints, they had the same Overall Experience and Flavor scores. How do we decide a draw? The bounce test! While BreathSavers performance in the bounce test was  mediocre, the York Peppermint Pattie was by far the worst of our test. Edge BreathSavers 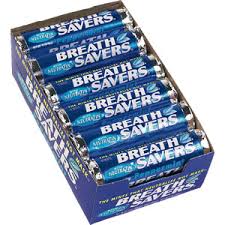 Bounce Your way into the Top 3

This one was close, Life Savers and Mentos had top notch number.  They both ended up very high on the Freshness Factor and the Flavor scale, but Mentos had something that the Life Savers didn’t, the hard candy shell . That candy shell literally bounced Mentos into the top 3.

How much does a polar bear weigh? Enough to be second!

While corny ice breakers may not be the right way to go on a first date, you should probably grab a pack of the Wintergreen Ice Breaker mints.

Have a problem with our ranks? Love our rankings? Comment and let us know!

Tidal’s overall UI/UX can be described as modern, trendy, and dark-themed. Nothing is wrong with these attributes; in fact, they can be very effective. However, when you consider most everyday music listeners, there is a distinct difference between the brand and the everyday listeners.  The dark-themed interface is simply not as encouraging as other clean, light-themed interfaces.  I agree that the dark-theme worked well for the night time, but evening music is more of a social occasion. It usually happens in a bar, a lounge or a nightclub. We tend to listen to music on our own during the day time.  I really hope the next UI/UX upgrade will brighten things up; it could brighten up the future for Tidal in doing so. One of the major challenges for Tidal to attract new users is the lack of free services. There is certainly value in high quality and ad free music streaming; however, these listeners are probably the subscribers of Spotify Premium or Pandora One. The market for people willing to pay for two streaming services is very small. The market for converting free listeners to paying listeners is tough to crack.  Not to mention the fact that you cannot experience the Tidal service without a credit card. This is preventing other on-the-edge potential customers from experiencing the service. Tidal would be better off having a truly free trial or a free version.

This is the most problematic issue for Tidal. The brand story is completely disengaging and off-putting to the general public. An engaging story needs 3 elements; a hero, a magical tool, and a villain. In Tidal’s case, they get two of them wrong: the hero and the villain.

Who is the hero? Tidal came out with the support of some of the most popular musicians. The story they tell to the public is that Tidal is different from the rest, because it gives the profit  back to artists instead of major corporations.  In this case, the heroes in the story are the musicians  and artists. While that sounds like a good idea on the surface, it does not engage nor mobilize the public opinion.  In fact, public perception is that the artists are already being overpaid. Is this perception true? It doesn’t matter. If the heroes of the story are Tidal’s customers and not the artists, it would be a much more convincing pitch.

Who is the villain? Every great story has a villain, the bad guy, the establishment, the dictator – whatever you want to name it. In this case, we can roughly guess that the villain is the record companies. The problem here is that the public doesn’t really look at record companies as the bad guys; at least this perception is not strong enough to influence any significant behavior change. Finding common enemies with the public perception is key in engaging with your target audience. If Tidal can clearly define its villain and the public can resonate with such a villain, then this platform can finally influence our behavior.

Of course, the above is my own opinion. I also think  Tidal has a fighting chance in this music distribution market; however, they need to rethink their own brand story and step up their game in 2015.